DOES MY BROTHER COUNT? 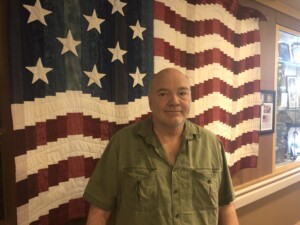 My brother Milton, the one I called “Brotherman,” died from COVID last month.

I know that’s not the optimism that should start a New Year’s column. But to adapt a car slogan, “This ain’t your father’s New Year’s cheer.” Unless of course, your father lived through the 1918 influenza pandemic.

This new year of 2021 follows a time that brought us another pandemic, election confusion, economic shutdown but most especially, death. Johns Hopkins was reporting 300k U.S. deaths the week my brother died.

Of course, you may dismiss the Hopkins numbers as inaccurate because it includes people with comorbidities or “preexisting conditions.” If so, you’re also saying my brother’s death didn’t count because he had high blood pressure, diabetes and obesity.

That means that you may share his most deadly comorbidity – gullibility.

He believed all of the social media garbage. He followed the anti-maskers, antivaxxers, anti-science, flat-earthers folks who posted, reposted and emailed to anyone who dared click a link.

As a result, he became “non-compliant,” a medical term meaning that he often refused to take his insulin, blood pressure pills, or his psychiatric medication.

In early 2019, his beliefs greatly impacted his self-care, so I moved him to the Southern Nevada Veteran’s Home. With their state-of-the art, round-the-clock attention, I expected him to live another 10-15 years.

But like many care facilities, they couldn’t keep COVID completely at bay – most especially since Milton refused to wear a mask. Given his viewpoint, the staff confined him to the safety of his room.

When he answered that call, he phoned me.

“I’m having trouble breathing,” he said.

“This is an emergency! Press your staff call-button.”

I hung up and called the front desk for help.

That evening, Brotherman was hospitalized, but our phone calls continued.

“They’re gonna say I have COVID only because they get more money by padding the COVID numbers,” he said, echoing much of the social media nonsense.

“Don’t let them stick a breathing tube down my throat,” he said, referencing the procedure called intubation.

I’d helped him complete an Advance Directive several times, so I knew he didn’t want to be placed on a respirator.

I failed him there. Not one word from his chaplain brother, like, “I know you’re scared. I’m scared too. It’s OK to be scared.”

“I’m five hundred miles away, but I’m with you.”

That’s because if you ask a person who can’t breathe, “Can we put you on a respirator?” he’s going to say, “Hell, yes!”

Milton said yes, and that’s the last I heard him speak.

The week before Christmas, the palliative-care nurse called to talk about letting him go. She said my brother could only survive with the permanent presence of a respirator, a feeding tube and a dialysis machine.

I knew from his Advance Directive that this wasn’t what Brotherman wanted, so

I gave permission to remove him from life support.

So, I ask again, “Does his death count?”

After all, for years, he was a “non-compliant” obese diabetic who wouldn’t take his blood pressure meds. Perhaps the anti-science community is right. Brotherman didn’t die of COVID, he died of his comorbidities.

But those comorbidities were more than physical, they were spiritual. They are known by many names, such as denial – gullibility – ignorance – hate.

Milton’s real causes of death were the fabrications spread by the anti-science, antivaxxers, antifluoride, flat earthers, and 5G coronavirus conspirators. He may not have swallowed their bleach, but he sure drank the Kool-Aid.

Milton bought their “health supplements,” and subscribed to their YouTube channels, Facebook pages and email newsletters. These super-spreaders also have names, but I prefer to call them egomaniacal, evil charlatans who prey on the weak-minded and weak-willed. You may Google those conspirators if you must, but I won’t allow them space in the same print as my Brotherman.

COVID was determined to kill millions, but it didn’t have to be this bad. It could have been so different without the deceptions.

Those lies that killed my brother? – not COVID.

And so long as I remain on this earth, I will demand that my brother Milton’s death be counted! And His life always remembered.