Was I a lucky charm chaplain?

Home/Was I a lucky charm chaplain?
­

Listen to the audible version of this column: 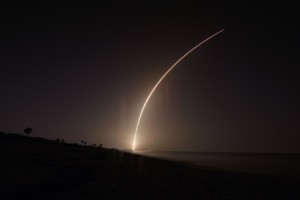 Chaplain Norris prays for a successful launch, but was it successful?  (Air Force photo by Airman 1st Class Zoe Thacker)

I’m not a superstitious person, but I’ve occasionally been passed off as the spiritual equivalent to a rabbit’s foot.

One of those occasions happened at Patrick Air Force Base while I served as the launch crew chaplain at nearby Cape Canaveral (1999-2002). In that role, I gave the official prayers for most launches, which included shuttles and satellites.

In military tradition, my prayers were more ceremonial than a legitimate attempt to court God’s favor. They were generic in nature, seeking good weather, safety and success.

It’s normal for technical difficulties to delay launches, but in the late months of 1999, we had favorable results in launching on our first attempt. Crews began to tie these successes with the arrival of their new chaplain. Their thinking became so ridiculous that one superstitious commander actually checked with my boss to confirm that I’d be the chaplain delivering “their prayer.”

These were the same folks who, in good fun, wore something for good luck on every launch day. They brought everything from lucky socks to coins or even a piece of a failed rocket. Now I’d suddenly become their “lucky charm chaplain.”

But my luck wasn’t going to hold.

One evening, after I’d been there for about six months, I composed a fervent prayer for a 2 a.m. launch. At the last minute, the mission was scrubbed because of weather, but rescheduled for the same time on the next morning.

“God speed,” I said, with a dismissive assumption that my job was done.

They looked at me as if I’d hung them with their lucky necktie. “You’re coming back tomorrow night, aren’t you Chaplain?”

The next morning, I reported for duty, bleary-eyed, hoping to pass off the same crumpled prayer from the previous evening.

As I offered condolences to the disappointed crew, Brigadier General Donald Pettit, the Wing Commander, barked at me. “Chaplain, your prayer didn’t work! You need to write a new prayer.”

It’s possible that what I said next might explain why I had to finish my military career in the reserves.

He assured me in general-like terms that he wasn’t kidding.

I still thought he was ribbing me, but I was too new to our spacy business to be sure. So, a few days later, I brought a new prayer. Unfortunately for all concerned, I was forced to repeat the rewrites for the next three weeks.

When our rocket finally soared on our sixth attempt, I reached across the consoles to exchange handshakes with the ground crew. One engineer in his lucky sweater, slapped my back and said, “You finally did it, Chaplain.”

“Did what?” I wondered, as I drove home on that early morning.

I wasn’t the lucky horseshoe in this arrangement. I simply offered a prayer — not as a magical incantation, but as a reminder that God comes where he is invited.

It’s the same idea I share in premarital counseling.

“I’m not the lucky god charm,” I tell the couple. “I don’t bring God’s presence into your marriage. You must do that.”

The next morning, I was walking across the base courtyard, when Gen. Pettit motioned me over to him.

I offered him a salute weakened by fatigue.

“Your prayer didn’t work!” he said.

“We launched it, but it never reached the intended orbit,” he said.

“That’ll be all,” he added, before returning my salute with a smirk that told me he really was ribbing me.

Nevertheless, that was the day their lucky chaplain lost his lucky charm.

Send comments to ask@thechaplain.net or P.O. Box 247, Elk Grove, CA 95759. Twitter @chaplain. Leave your recorded comments at (843) 608-9715. Visit my website at www.thechaplain.net where you can download a free chapter from my new book, “Hero’s Highway.”