Take the pledge and say something nice

Home/Take the pledge and say something nice
­ 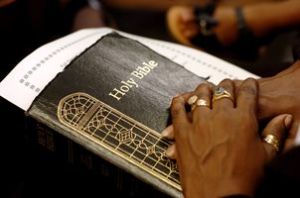 Last week, I was sitting in my hospital office when I received an e-mailed news release from First Baptist Church of Charleston, S.C., asking me to encourage readers to participate in the eighth annual “Say Something Nice Sunday” on June 1.

You’ll not yet find the day on your calendar, but event organizers are hoping to encourage people to use the day to take a two-part Civility Pledge. Participants will promise first to “Refrain from saying anything ugly, demeaning or derogatory to anyone in my workplace,” and second, “to say something nice, uplifting or encouraging.”

Well, I thought as I left the office to visit patients, ‘this should be easy.’ After all, chaplains get paid to avoid derogatory comments and promote uplifting things.

I stopped by the bustling nurses’ station, where I saw an opportunity to kick off my pledge drive. Behind the desk sat a familiar doctor wearing a bright, checked shirt.

He responded with a flippant glare.

“He doesn’t think it’s pink,” his nurse said in his defense. “He says it’s orange.”

“Aren’t those red squares on a white background?” I asked her. “Don’t red and white make pink?”

“I tried to tell him that,” she whispered. The doctor dismissively swiveled his chair away from us.

This “nice” stuff wasn’t as easy as the news release made it sound. I was beginning to wonder if nice guys really do finish last.

An hour later, I was back in my office charting patient visits when my email program chirped. Hoping the Baptists were sending revised instructions, I quickly checked my inbox.

The e-mail was from Rev. Christopher Flesoras, a Greek Orthodox priest and a newly commissioned chaplain in the Air National Guard. Flesoras is in line to replace me when I retire, and his e-mail contained a nice thank you for my mentorship.

He sounded as if he could be bucking to become grand marshal of the Say Something Nice Sunday Parade, even.

But his note, like his recent life, took a solemn turn. Flesoras asked for prayers for his 41-year-old wife, Krissy as she undergoes more clinical trials for lung cancer.

“Please ask your readers to pray for Krissy,” he said. “Every prayer lifted up and intercession with God is a blessing for her, and by extension, for our family.”

This athletic mother of two had been battling lung cancer for the past two years. And, before you ask, she never smoked cigarettes. In fact, she’s the one of out every nine lung cancer victims stricken through apparently no fault of their own.

Wow. Here was a guy who took a moment, literally on his way to the doctor’s office with his sick wife, to say something nice to me. His words were a true reflection of Apostle Paul’s admonition in Colossians 4:5-6.

“Be gracious in your speech. The goal is to bring out the best in others in a conversation, not put them down, not cut them out” (The Message).

At the end of the day, I’ll be taking the “Say Something Nice” pledge because people like Flesoras inspire me to believe that being nice to others just might help our world. But just to be clear, I’m thinking we’ll need more than a Sunday.