Let Me Die In Your Arms

Home/Let Me Die In Your Arms
­ 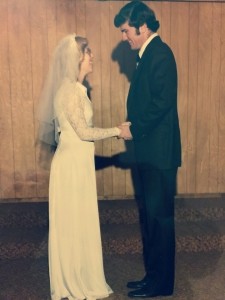 As a minister, I officiate dozens of picturesque weddings with a pageantry of limos, gowns and tuxedos. During these ceremonies, I stand before a couple as they publicly proclaim poetic promises accompanied by an elegantly performed love song.

It’s easy to see the exchange of vows as the most beautiful part of the ceremony, but as a chaplain who’s been doing this marrying-burying thing for more than 30 years, I’ll tell you that nothing matches the beauty of watching those same vows being fulfilled by someone who meant what they said when they promised, “For better or for worse…‘til death do us part.”

To this day, I’ve never heard a love song as beautiful as the serenade that came from the room of a 45-year-old cancer patient in 1991 when I was serving as a chaplain intern at UC Davis Medical Center.

The song drew me down the hallway toward the room where several staff members were gathering outside the door. Inside the room, lay a jaundiced patient with a liver that was clearly failing. All of his organs were failing; doctors were measuring his life in days, if not hours.

So, into his bed came his wife Anne of 22 years, and maybe all of 98 pounds. She nuzzled alongside him, stroking his face, as he strummed a John Denver medley.

After about 10 minutes, he switched chords and nodded toward his eavesdroppers as if to ready us for his finale.

His wife took her cue by sitting up in bed with crossed legs, brushing her hair behind her ears and wiping her tears. Then she stared deeply into his dark eyes as if going toward a preplanned rendezvous with his soul. She clearly knew what was coming. For it was her song, “Annie’s Song.”

“Come let me love you, let me give my life to you,” he began with a crackling voice. He stopped for an unwritten rest beat, forced a smile and pushed farther into what seemed a prayer set to music.

While a few of the staff members held their professional composure through the songs, it’s a safe bet that our stoicism didn’t last through the entreating lyrics, “Let me die in your arms.”

The physical and spiritual intertwining I witnessed in this couple sharing a hospital bed will always recall for me the scripture from Genesis that says, “This is now bone of my bones and flesh of my flesh….”

It’s a wonderful moment when couples pledge their togetherness with “until death do us part,” but it was a sacred moment to behold this couple turn their “I do” vows into a goal-line declaration of “We did.” Brother, that’s love. Sister, that’s pageantry!

Thirty-five years ago this month, my wife and I said, “I do.” And by the grace of God and our love for each other, we still do. Happy anniversary, sweetheart.