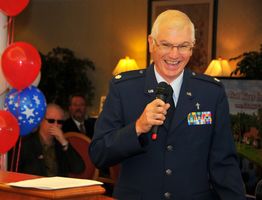 During the sizzling summer weeks, many of you responded to the hot topics in this column with a wide range of emotions. In fact, I received so many emails, phone calls and letters that I am using today’s column to revisit the subjects that caused you to get mad, sad and glad (just to rhyme a few).

I used a tongue-in-cheek approach to gun issues that drew the ire of those who have little appreciation for hyperbole. The column facetiously suggested that the U.S. should screen potential gun buyers by using the natural curiosity of retired border agents.

Few saw the humor in it. My point was only that we need a better process to keep the dangerously mentally ill from buying guns.

However, I am grateful to the reader who called me out for the fuzzy math I used. It was a stat quoted by several reputable news outlets that there have been 74 school shootings since Sandy Hook.

While there have been dozens of shootings near schools since Sandy Hook, there have only been 10 shootings in the same random fashion.

As if I didn’t get enough potshots from gun advocates, I really stirred the pot when I wrote about immigration. It was a column I was moved to write as I watched protesters block busloads of Honduran children. Truthfully, I hadn’t seen such an ugly mob since white supremacists stoned busloads of civil rights protestors in the 1960s.

I wrote the column through the eyes of my daughter, Sara, who begins teaching sixth grade in Honduras next month. Immigration is a complicated subject, but I had hoped to garner a kinder response to help my daughter buy books for Honduran children.

Fortunately, not all of you got mad. A dozen readers pledged enough support so that Sara will return to Honduras carrying a few hundred pounds of books. If you want to know more, go to https://fundly.com/books-for-honduras.

Two months ago, I asked you to pray for Krissy Flesoras in her struggle with lung cancer. Krissy is the wife of Rev. Christopher Flesoras, a Greek Orthodox priest in Roseville, California, and a newly commissioned chaplain who served with me in the Air National Guard.

Last week, after having gladly served 28 great years, I reached my mandatory separation date and retired from the Air National Guard. Many of you congratulated me, but some expressed fear that I was retiring my column.

To paraphrase the words commonly attributed to Mark Twain, “The death of my column has been greatly exaggerated.” Thankfully, I will be writing the column as long as your local editor chooses to publish it.